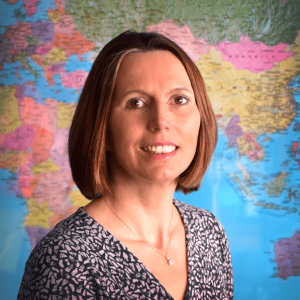 As 2017 comes to a close we have rounded up our top travel trends from the past year as well as what to look out for in 2018.

Technology isn’t new to the travel industry. From airline apps that replace a paper boarding cards to self-check in at airports, we’ve been using tech to make travel quicker and easier for years. We predict that over the next few years we will see a shift towards tech becoming a core element customers expect, rather an added extra or premium proposition. A prime example of this is Wi-Fi onboard aircraft. At the moment, some airlines offer it, some don’t. It’s fair to say that it’s a nice to have but it probably wouldn’t significantly influence your decision to travel with an airline if they don’t provide it. In the future, if 90% of airlines provide Wi-Fi, why would you go with the one who doesn’t? If everyone provides Wi-Fi and you can get a deal where it is free, all other things being equal, why would you pay? The differentiator will move from availability and cost towards connection speeds, what content is available (Netflix are really focusing on this going forward) and functionality.

If you’re interested in the way tech is shaping the travel industry, we’ve looked at a range of stories in 2017 including Technology trends in hotels – will a robot be checking you in soon? Wi-fi is taking over the skies but will it actually improve the customer experience? KLM lead the way with WhatsApp business pilot and Virgin Atlantic launch wi-fi across its entire fleet.

In 2018, as well as Wi-Fi on your flights watch out for even more automation at airports, including automated boarding gates and personalised airport experiences as well as hotels that offer keyless technology, next generation entertainment systems and digital room environment control.

2017 was the year that saw the announcement of both Singapore and Emirates unveiling new First Class suites as well as the launch of the longest distance low cost flight where customers paid from as little as £150 each way to fly to from Gatwick to Singapore with Norwegian.

Scheduled airlines focused on improving the services on offer to premium customers whilst significantly reducing the complimentary services for customers buying low yield fares. British Airways launched their new first class check in at Heathrow and also partnered with M&S to introduce paid for catering on shorthaul economy flights. Etihad introduced paid chauffeur service and lounge access which marked the end of these being offered as complimentary services for a number of business class customers. We reviewed the Singapore Airlines customer experience from Heathrow as they announced a new business class seat will be unveiled next year.

In the low-cost sector, new airline LEVEL was launched as part of IAG, both easyJet and Ryanair launched connections service and easyJet offered customers the opportunity to pay for a private jet terminal experience when travelling from Luton. EasyJet have been making significant changes to their business to prepare themselves for Brexit and to compete with the new low cost airlines as well as the scheduled airlines.

In 2018, we expect the low cost airlines to push to increase their network, develop their connection propositions further and really test if the low cost model can be adapted to replicate the complexities of a scheduled airline without adding cost and increasing prices. The scheduled airlines have indicated their focus will be on business class and premium economy. British Airways have launched a new Club World product with an overhaul on their food, the service and a very nice White Company amenity kit; American Airlines is the first airline in the US to add a premium economy cabin to its internal flights; Emirates and Singapore both unveiled new First Class cabins, both are actually decreasing the number of First Class seats available across their network in favour of more room for business class seats.

As well as bringing you all the top travel trends in 2017, we also looked at some of the best travel tips to help you make the most of your time away.

Our top 5 travel tip blogs were:

Getting the VIP airport experience on any budget

The top 15 travel apps you need in your life

Airline loyalty schemes – which is the best one for you?

Do You Have A Top Travel Tip?

Traveling for work can be challenging. Share your top hacks with fellow travellers.

9 ways to reduce your carbon footprint when travelling for business

How to Navigate the Current Travel Issues