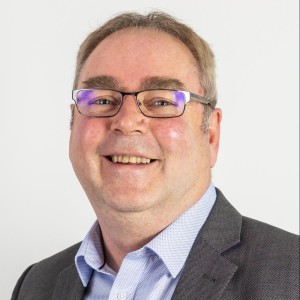 The stats tell the story from across the globe; hotel prices are rising again as travel returns.

It’s been a buyers’ market for the past two years with those able to travel encountering room rates that didn’t trouble the expenses too much. Now it’s a different story; just have a look at some figures.

In mid-June, the US saw the highest weekly demand since August 2019, with 28 million room nights sold at an average daily rate of $155, up 15% from the same period in 2019, according to STR. Occupancy rose to a pandemic-era high of nearly 72%.

A lot of clients are interested to know what they should build into their budgets for next year, but the market is so volatile, it’s very difficult to predict, especially with the cost of basics like energy and food rising sharply. Particularly in key cities like London, occupancy is really increasing now, with rates rising correspondingly.

What we’re currently finding is that we have client corporate rates that run flat throughout the year, but that best-of-day rate can undercut that. As long as the booking is with the same hotel, they’re fine with that.

One new trend seems to be for some hotels to vary the volume of rooms they offer for corporate deals. I did one contract recently in London that was down to 50 rooms, whereas previously it would have been 100.

So how do you mitigate the inevitable spike in price over the coming months? My advice is not to spread spend too thinly. I would say consolidate the spend, set preferred hotels, and negotiate rates if you have the volumes – and try to get a further discount off the full rate.

When it comes to negotiating, the pandemic has led to corporates remembering they have global buying power. Prior to Covid, corporates that had operations in, for example, the UK and US, had their own negotiated rates, now there’s a lot more collaboration on sharing rates. It’s surprising it didn’t happen before, they all seemed to do their own thing.

Aside from the traditional negotiation route, there are some tricks available. Booking advance rates obviously makes a difference, particularly if you can take a fixed rather than flexible rate. It’s also worthwhile trying to negotiate on the cancellation policy; some will move the cut-off a few hours if you ask, which will gain you a saving if plans change suddenly.

One thing often overlooked in the negotiating process is food and beverage. It’s fine to include breakfast if you know this is the only option in the area, but often, there are cheaper (and better) choices nearby. Moreover, many staff may be visiting offices with facilities that allow for breakfast meetings, permitting a more productive and cost-effective start to the day.

Conversely, there are deals to be done if hotels are keen to keep client spend within the property. Hotels will sometimes offer sundries and meals, and this can include a food and beverage package with dinner. It’s something that’s quite often overlooked, although it tends to be for those with longer stays.

One definite trend is a rise in demand for meeting room packages because a lot of companies still have staff working remotely. There’s a growing need for meeting rooms in hotels where, for example, there are new people joining a company; plus, with working from home, staff aren’t bouncing ideas off each other, so the remote meeting concept is becoming more popular – we’re seeing a surge in this from our clients.

Do You Have A Top Travel Tip?

Travelling for work can be challenging. Share your top hacks with fellow travellers.

Need help with your business travel?