Are Sustainable Aviation Fuels the Future of Aviation? 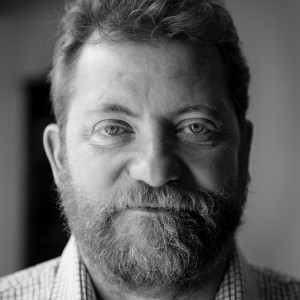 “The aviation industry is our sector’s Achilles’ heel,” says Harold Goodwin, Managing Director of the Responsible Tourism Partnership, who recently chaired a debate on decarbonising aviation at the virtual WTM.

It is clear to see why.

A 2018 study carried out by researchers from the University of Sydney published in Nature Climate Change has estimated that the tourism industry contributes 8% of global greenhouse gas emissions. Previous studies had calculated the figure to be closer to 5%, but the 2018 report includes all inputs and outputs of the global tourism supply chain, rather than just tourism per se.

According to the latest research, aviation on its own accounts for 3.5% of global greenhouse gases. A rough rule of thumb would indicate that the aviation industry is responsible for around 50% of tourism’s carbon emissions, perhaps slightly less.

At the same time aviation pre-Covid as a sector was experiencing considerable growth with emissions jumping by 32% from 2013-18, according to the Guardian newspaper.

It is clear that if the tourism industry is to seriously tackle its carbon emissions then aviation has to be at the core of any action.

No Fly Movement and Hydrogen Planes

Recent years have seen a rise in the popularity of the No Fly Movement, something that will only be exacerbated by the recent study in the journal Global Environmental Change, which concludes that 1% of the world’s population contribute some 50% of carbon emissions generated from flights.

Although the latest generation of jet planes are considerably greener than their forbearers, it is clear that a total shift needs to be made in order to make the aviation industry carbon neutral by 2050.

Recently, Airbus announced that it is developing three prototypes for a hydrogen plane it hopes will be in operation by 2035. However, these aircraft will only be able to fly for some 2,000 kilometres and will not be appropriate for long-haul flights. Also, it begs the question as to how planes will be fuelled in the intervening 15 years.

While some people have advocated a levy on frequent fliers, Stefan Gössling at Linnaeus University in Sweden, the author of the study in Global Environmental Change suggests an alternative path.

“Perhaps a more productive way is to ask airlines to increase the share of [low carbon] synthetic fuels mix every year up to 100% by 2050,” Stefan Gössling at Linnaeus University in Sweden said.

While the first generation of sustainable aviation fuels (SAF) were criticised for competing with agricultural land used for food production, the recent generation uses waste, including industrial waste.

While carbon taxes, carbon offsetting and carbon capturing are being mooted, perhaps the simple solution is how we fuel the planes.

Many in the industry support a mandate for sustainable aviation fuel starting in 2025.

“If you want to resolve climate change and we need to redesign [aviation], then we should start at the top, where a few ‘super emitters’ contribute massively to global warming,” says Gössling.

As Harold Goodwin states the path the aviation industry chooses to take is crucial for many places reliant upon tourism for their future.

“For many island destinations with a high dependency on tourists who arrive by air the problem is particularly acute,” he says. “Threatened by rising sea levels and needing to see significant reductions in greenhouse gas emissions but reliant on tourism, they need clean aviation.”

Let’s see if we can make immediate savings to your business travel programme.

Top Tips For A Successful Business Trip To New York